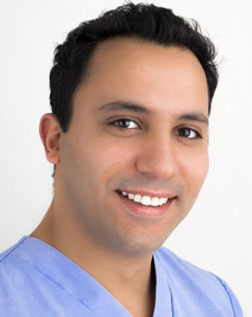 A qualified dentist for 10 years, Dr. Guorgui is committed to excellence in dental services. A recipient of the Canadian Governor General’s Academic Medal, he attended the University of Toronto on being awarded an entrance scholarship.  Here he attained an Honours degree with High Distinction, becoming a Bachelor of Science.  In 2001 the University of Montreal awarded him a doctorate in Medical Dentistry, and he went on to take up a residency at New York Queens Hospital in New York City.  Here he benefited from mentoring provided by some of dentistry’s most skilled clinicians.  Throughout his career, Dr. Guorgui has strove to provide his patients with the most advanced levels of care, and has taken up many residencies in implant and sedation.  His dedication to providing the best dental care possible has resulted in the award of a Mastership from the College of Sedation, which has been bestowed on only a few dentists in Canada.

Dr. Guorgui provides dental services in many parts of the Greater Toronto Area.  Patients there benefit from his mobile surgical and sedation services; this is an area that is expanding constantly under Dr. Guorgiu’s supervision. Being his prime concern, patients can rely on his expert knowledge and his interest in their dental needs.

Dr. Guorgiu relaxes by travelling with his wife, as well as biking, skiing and playing squash.